Principal of the Victorian College of Classical Homeopathy since 1995, Grant has enthusiastically taught and researched Homeopathy during that time. He first studied Naturopathy and Psychotherapy but on discovering Homeopathy recognised the depth of understanding Homeopathy brings to the therapist when dealing with ill health.

Determined to understand the underlying factors, he was fascinated with Hahnemann's last great work The Chronic Miasms and subsequent work done later by Allen and Roberts. This saw him embark on a personal research project regarding the miasms that has led to a remarkable link between our appearance, our circumstances and our health. His first book Appearance and Circumstance was published in 2003 followed by Homœopathic Facial Analysis in 2006.

Soul & Survival (2008) continues the exploration between energy and matter as seen with facial structure and universal forces. This work incorporates fascinating information that details human behaviour both in groups and as individuals, inherited unconscious memories, stress responses and the link between social phases of history and universal time cycles. 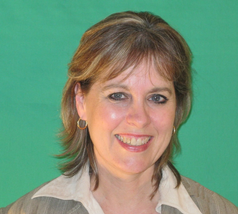 Louise Bentley has been in clinical practice since graduating in 1996. She was involved in the Australian Homoeopathic Association (Vic) from 2001, both organising seminars and as President from 2002 - 2004.

She teaches at the Victorian College of Classical Homœopathy and has been involved with miasmatic research and the production of her partner Grant Bentley's book Appearance and Circumstance and Homœopathic Facial Analysis.