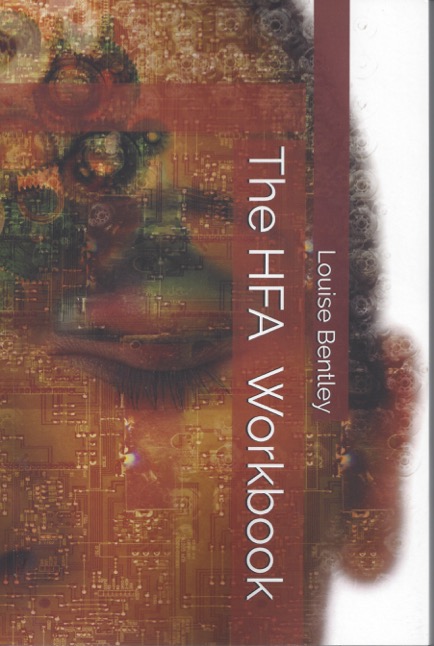 The HFA Workbook is the latest book in the HFA series. Based on more than 20 years research and clinical application, The HFA Workbook is the ultimate desktop workbook for HFA users. Detailing every aspect of HFA from taking photos to allocating facial features, this latest HFA book will answer many of the questions HFA practitioners and students ask.

More than 20 years ago, VCCH (Victorian College of Classical Homeopathy) led by principal Grant Bentley, began a research project involving the concept of miasms (Hahnemann's version) and facial structure. Within a few years, HFA (Homeopathic Facial Analysis) was born. Quickly proving itself in the clinic, facial structure became the ultimate and only diagnostic to determine a patient's miasm. With time, the idea of a miasm being a pathological base, transitioned to the idea of a defence mechanism. Once this link was understood, a transformation in clinical outcomes began. Built upon Hahnemann's miasm legacy (Chronic Miasms 1828), HFA opens up the potential of Homeopathy as never before.

Contents of The HFA Workbook

New facial sketches. How to take photos. The universal principles that underpin HFA. Detailed examination of each facial of the features - hairlines, foreheads, eyes, bridge, nose, mouth, lips, teeth, chin, ears, lines and dimples - each area of the face is examined and discussed. A variety of new sketches with training lines, will help the new HFA student to develop their facial analysis skills and will offer the HFA practitioner a full guide on how to allocate facial features to ensure remedy choices match the patient miasm. Case examples highlight how successful HFA application can be in a clinical setting. The HFA Workbook is Louise Bentley's first HFA book. Louise has worked with Grant since 1999 on the HFA project as research assistant, editor and production manager. While Grant has been busy with full time clinic, Louise has put together every aspect of HFA as of 2021.

Currently only available from Amazon